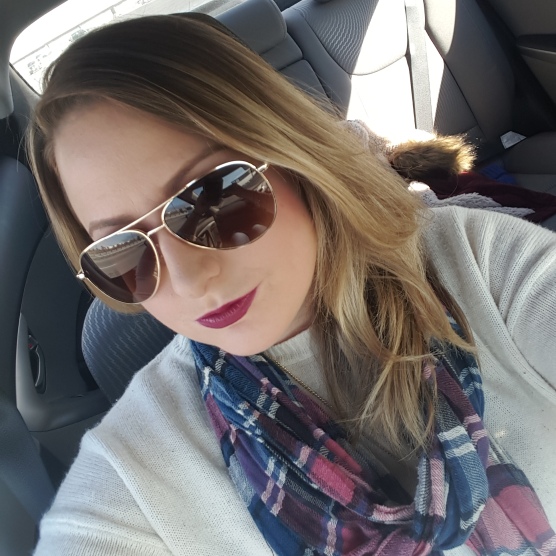 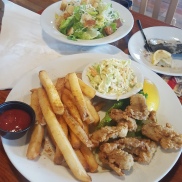 Last weekend, I headed down south with K to spend the weekend in Baltimore, a city that I knew well from my time in college (Loyola) and he began to know from visiting me many weekends! We wanted to experience it post-college and enjoy all of the things we loved, plus some new activities we hadn’t done before…

We took Friday off to drive down early and stop at a favorite restaurant before checking into the hotel. Nick’s Fish House is a must-see if you love seafood! In prime season, they have blue crabs, cooked with old bay seasoning, that you get to crack open with mallets and knives. Unfortunately, in Winter, it was hard to get them, but we did, however enjoy an array of amazing seafood including raw oysters ($1 happy hour!), fried oysters, seafood gumbo, and crab dip! 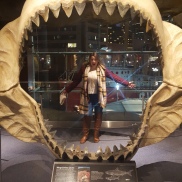 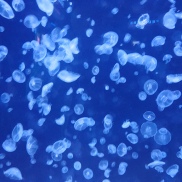 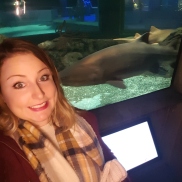 We stopped by the National Aquarium to check it out as it was always on my bucket list, but is pretty costly day-to-day. Luckily on Friday, they offer half price evening admission, so we took advantage and went to check out the fishes! They had an awesome dolphin and shark collection, as well as a mind-blowing jellyfish exhibit… highly recommend to anyone visiting or living in the area! You felt as though the sharks were right behind you, so close that you could touch them, or that the dolphins would jump up at you. The jellyfish just blew us away with the size, color, consistency, etc, especially that you could touch some of them (without getting stung)!

After the aquarium, we went to PowerPlant Live!, which I’ve been to a few times in college for bar hopping and rally in the alley, but haven’t really been able to enjoy for dinner or casual drinks. It was a pretty frigid 10 degrees out, but we walked over and had fajitas, quesadillas and margaritas at MEX, then made our way to the Leinenkugel Beergarden for a few drinks. We enjoyed some craft beers and some pretty competitive games of Jenga, and now I’m 100% committed to going to bars that have board and card games to play while you drink and hang out.

After an adventurous Friday night, we headed back to the Hotel RL and hit the hay on their amazingly soft, fluffy beds. It’s a pretty trendy hotel and has perks, such as a free coffee/espresso drink each day, a rec room with board games, gym, etc, however it’s definitely not for someone looking for room service, maid service after midday or the usual hotel experience. 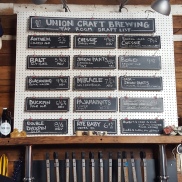 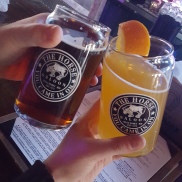 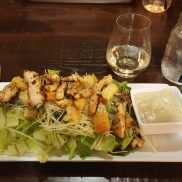 Saturday we decided to be ambitious and hit the gym after we woke up, since we knew we’d be eating and drinking a lot later on that day. We did some cardio and weights in their compact gym, then enjoyed our complimentary lattes. We loved that the hotel included breakfast in our room rate, so each morning, we enjoyed a breakfast of coffee, eggs, home fries, (amazing) bacon, fruit and more. I swear there was something in that bacon, it was addictive!

After we were all showered and put together, we grabbed an Uber and made our way to Union Craft Brewing to go on a brewery tour and enjoy a few Baltimore craft beers. It was a cute place off the beaten path with a mix of wheat, IPA and dark, stout beers. Our favorite was the Duckpin, hands down. We continued our drinking down in Fell’s Point at The Horse We Came In On, the famed bar for not only its age (built in 1775) but also for the last place that Edgar Allen Poe was known to have visited before he died. While it had changed since my last visit, it was still a fun time with great bar food and horse saddle stools.

We took a break and went back to the hotel to rest up and change for a while, and then decided to try the restaurant in then hotel for dinner before heading out to the bars. The restaurant was cute and casual with mismatched chairs and an ease to it. I chose a white wine and a chicken caesar salad with homemade dressing that was gigantic! K opted for a burger (extra bacon, because their bacon was seriously good) with a side salad and an awesome muddled berry drink served in a copper cup. Then, we made our way back to Fell’s Point to meet up with some friends at Dogwatch Tavern and Max’s Taphouse for a few drinks to end the night. 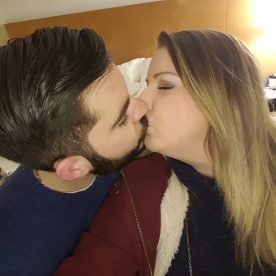 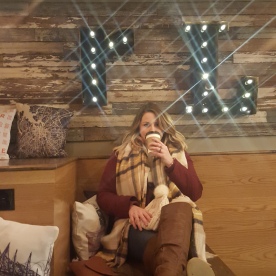 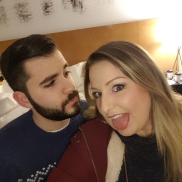 Unfortunately, Sunday arrived, deeming our last full day of activities. Luckily, however, it was Valentine’s Day! We were exhausted from the day before so we slept in a bit, met a friend for brunch at Alexander’s ($3 mimosas!) and then retreated back to the hotel to relax again.

We had reservations for dinner at The Brewer’s Art, which I was so excited about. I’d heard a ton about this restaurant (it’s a bar, lounge and dining room) that brews its own beer and has a highly recommended menu, so I made it my mission to get a reservation. So excited, that I didn’t even take pictures of the food when it arrived! K and I split a bottle of Malbec and a delicious cheese platter, served with jams, jellies and breads, and swooned over their house-made butter too. For dinner, I opted for the seared tuna, and he chose the steak, and both were amazing, with purees and sauces that so perfectly complimented them. Since it was Valentine’s Day, we had to get dessert and chocolate was the perfect choice. So, we ordered a warm molten chocolate tart, served with ice cream, that was insanely gooey and delicious. We wanted to be spontaneous, so we walked over to the Belvedere Hotel and made our way up to The 13th Floor for a cocktail. They had an exclusive Valentine’s Day menu with some unique drinks, so K went for a foamy Raspberry Rose cocktail and I chose a fruity Bloody Valentine martini!

Sadly, that was our last night in the hotel and we had to wake up, pack up and leave the next morning, but it was definitely a trip we will always remember! Especially driving back home in a snowstorm…